There is a new beta of Earth Under Fire. Several bugs were fixed, libraries used by the game were updated to current versions, and the game now supports multisample antialiasing.

I uploaded new version of Earth Under Fire shooter yesterday. Since May 2006, when older version won 3rd place in PGD Big Boss Competition 2006, the game has been extended in several areas. There are new missions, new ships, new weapons, and other things. 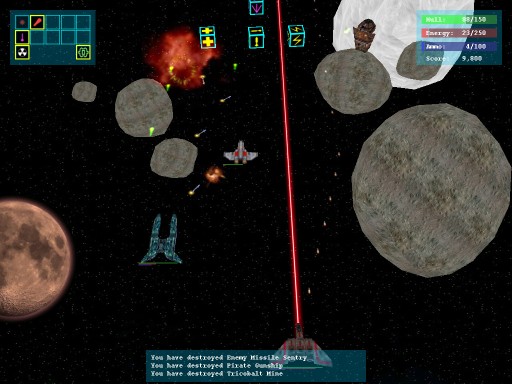 Fighting with allies against space pirates.