Here's info about old projects I no longer work on. Most of them are little programs of mine but there are exceptions.

I was working for Chaos Concept on a game called Ufo: Extraterrestrials. It is strategy game heavily inspired by Ufo: Enemy Unknown and XCOM: Terror From The Deep. Extraterrestrials are written in C++ and inhouse scripting language.

If you like old XCOM games you may like this one as well. It has geoscape mode with base building, research, ufo interceptions, and turn based tactical missions just like XCOM. There are also tons of mods and tools made by the community available here: http://ufo-scene.com.

The game was released in May 2007 and can still be bought at Gamers Gate, Matrix Games, and boxed version may also be found somewhere. You cans also check out Extraterrestrials official homepage: http://ufo-extraterrestrials.com. 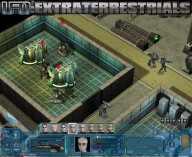 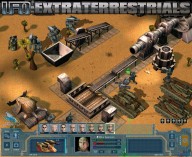 Object Pascal DirectMusic MIDI player which supports output port switching and custom DLS instrument collections. It is just one unit that requires Pascal DirectX headers (Clootie's DX headers). DirectMusic is Windows only so the player is obviously too. Core player was tested in Delphi 7, Delphi 2006, and FPC 2.0.4. There is also VCL example DMPlayer application which allows you to play MIDI files, change output ports, and use custom DLS collections. Last update was in February 2007. 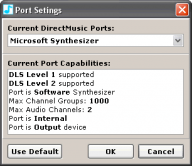 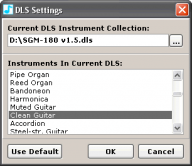 JPEG Ripper is tool for ripping images in JPEG format from files which contain them i.e. various uncompressed archives (in games for instance), exe/dll files, etc. JPEG Ripper does not need to know internal structure of these files because it works this way: it looks for JPEG image header in file and if one is found it decodes image to memory from where it is then saved as single image into one of supported formats (JPG, PNG, TGA, BMP). Searching then continues... Last release date: 3rd January 2004. 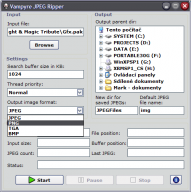 VIDE is simple IDE for Free Pascal and Delphi compilers (originally a school project). It supports syntax highlighting for several programming languages (uses SynEdit components). Source files can be organized to projects and projects to solutions. VIDE is far from being a completed project (and sources are quite messy and may not compile now). Last version was build in May 2004.

Daggerfall Player is image and texture viewer for The Elder Scrolls: Daggerfall. It is able to load and show all images, multi-images and textures (*.img, *.cif, texture.*) from the game. They can be saved to PNG/JPG/TGA/BMP file format. Files that contain more images (CIFs and textures) are saved as file sequences.
Last release date: May 2003. 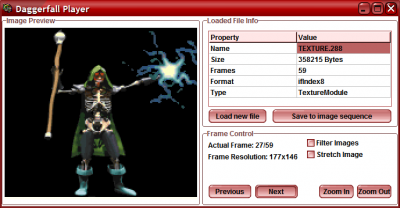 This Ancient Lich is not amused

Drake Rider is 2D fantasy action game with some RPG elements for one to four players - such type of a game where your avatar flies from left to right and gigantic amounts of bloodthirsty beasts rush right against him. You gain experience from killing monsters which can be spent on hitpoint and speed upgrades. Game is not fully finished - there are only four levels and some images are still placeholders. Drake Rider uses Direct3D 8.0 for rendering graphics. All texts in the game are in Czech! Last release date: 11th November 2002. 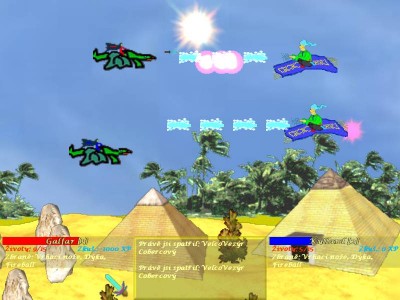