Anyway, here's the current version which supports Geomipmapping and SOAR terrain rendering methods. Gritty details about the internals will follow in some future post. There is also a nearly identical desktop version for reference, advantage of using LibGDX for this. 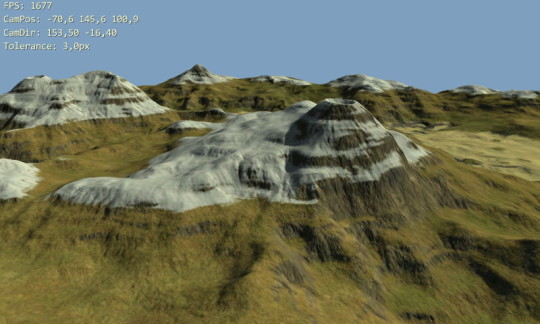 When the demo starts you get to the main menu screen. Here you can select terrain LOD method and some parameters. Important one is "tolerance in pixels" which controls when part of terrain switches to coarser representation. Basically,  lower tolerance = better quality = lower performance.

On Android, just check "autowalk" in menu and later swipe finger on display to look around and change direction. Better/more controls are in todo list. On desktop, you can also use these keys when viewing the terrain: W/Up - forwards, S/Down - backwards, Ctrl - move really fast, +/- change tolerance, O - toggle wireframe overlay. 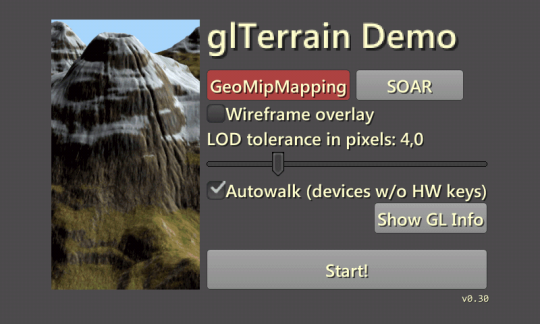 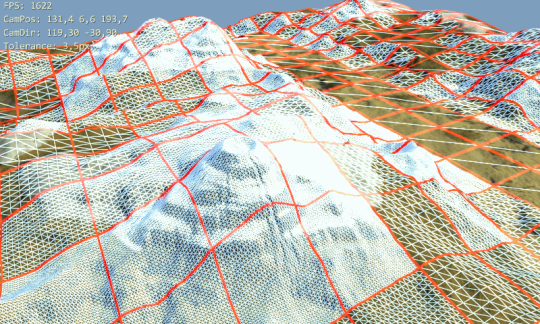