From time to time I would check the web for some information about Colonization file formats but without much success. Problem is that the game uses a bit obscure compression that no one seemed to be able to figure out. There were only some simple DOS tools based on disassembly of Colonization executable or its map editor.

Finally, I got lucky a few days ago. User thomasd of CivFanatics forum posted a Colonization image viewer written in Java here: http://forums.civfanatics.com/showthread.php?t=256665&page=2. This is in fact based on code from ScummVM. What's the connection between Colonization and a program for playing old point-and-click adventure games? It turns out one of the adventure engines supported by ScummVM is MADS which is short for MicroProse Adventure Development System. And as Colonization is a MicroProse game, some code sharing between their games took place (at least the file compression method MADSPACK). So now if you want to write your own Colonization image extractor you can dig deep into history of ScummVM's Git repository (as support for MADS engine seems to have been removed) or try your luck with Java decompiler 🙂 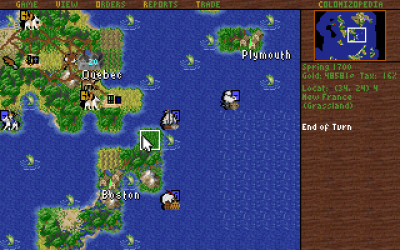 If you want to play Colonization today: DOS version runs ok even in Windows XP. For newer 64 bit Windows you have to use DOSBox or virtualize some old OS (not sure if it works in 32 bit version of Win7).

There is also Colonization for Windows from 1995, a port of the game for Windows 3.1 (Amiga and Mac version were also produced). It features slightly updated graphics (at least unit sprites are in higher resolution) but also not so nice user interface (some unskinned Windows controls etc.). Big difference between DOS and Windows version is that the later runs at the resolution of your desktop so you can see much larger part of the world map at once (maybe not so much in 1995). The downside is that as a 16 bit application it won't run in 64 bit Windows OS. 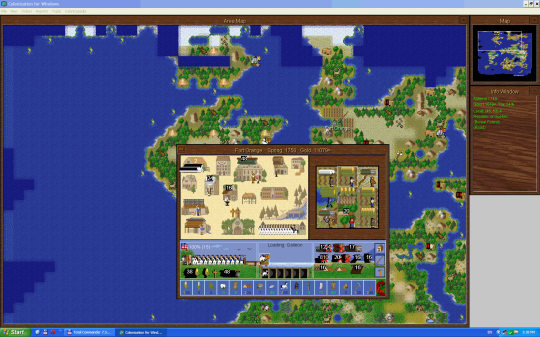 Game resources in Win version of Colonization are stored differently from DOS version. Sounds are just individual WAV files in game folder, music is CD audio, and spites & tiles are stored as resources in DLL libraries.

Here's the official Colonization trailer from 1994:

And some links to a few fan pages: